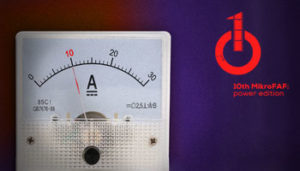 We invite DIY authors of all ages and professional backgrounds to submit their short films to the jubilee 10th edition of the international short film festival MikroFAF, organised by Satibara Association. This four-day festival will be held on October 10-13, at the Museum of Yugoslav Film Archive in Belgrade.

The categories you can submit your films for are:

Notes: Once entered, it is not possible to withdraw your film from the festival. The festival holds the right to show the chosen films several times as part of the selection of the festival programme, as well as to use clips or stills from the films for promotional purposes. Authors will be informed on any such action.