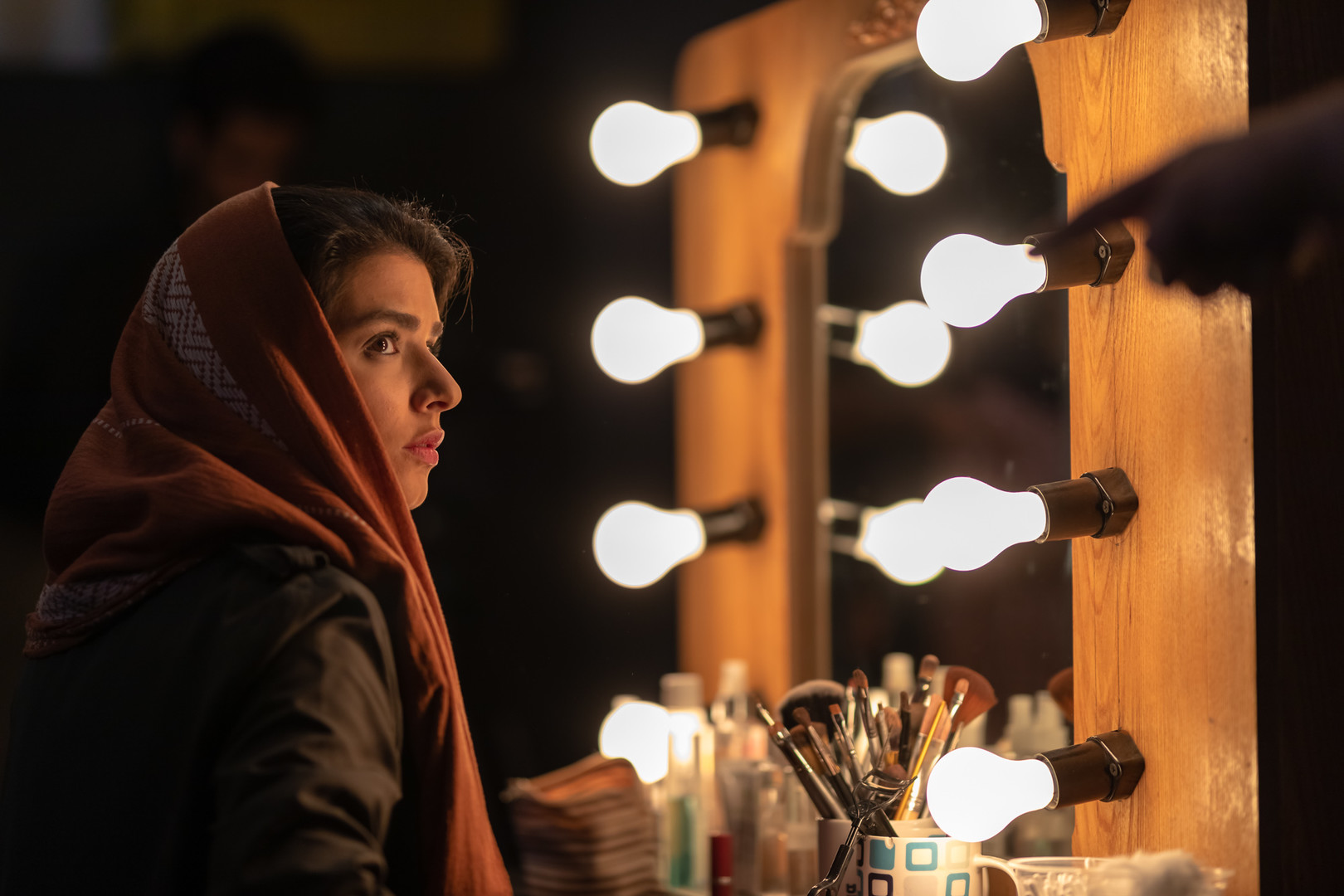 Mahsa, is an Iranian woman TV presenter. She sings and post her videos on Instagram anonymously. As a result of this, Mahsa faces a challenge during one of her shows so she needs to decide between leaving the country and loosing her job…

Trying to eliminate the effect of sins in his life, the fat man kills himself several times so that he changed in to another individual… 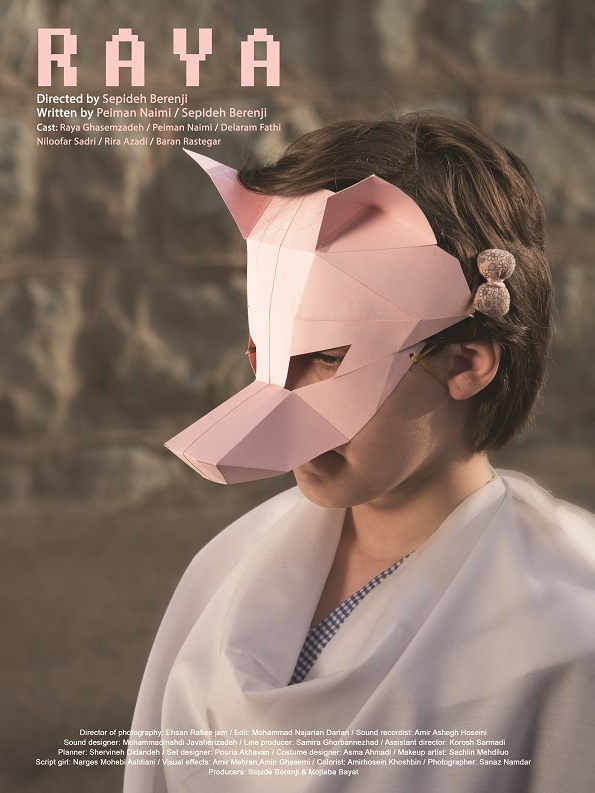 The nine-year old Raya and her family are supposed to evacuate their home. However, Raya believes there always exists a solution for anything. 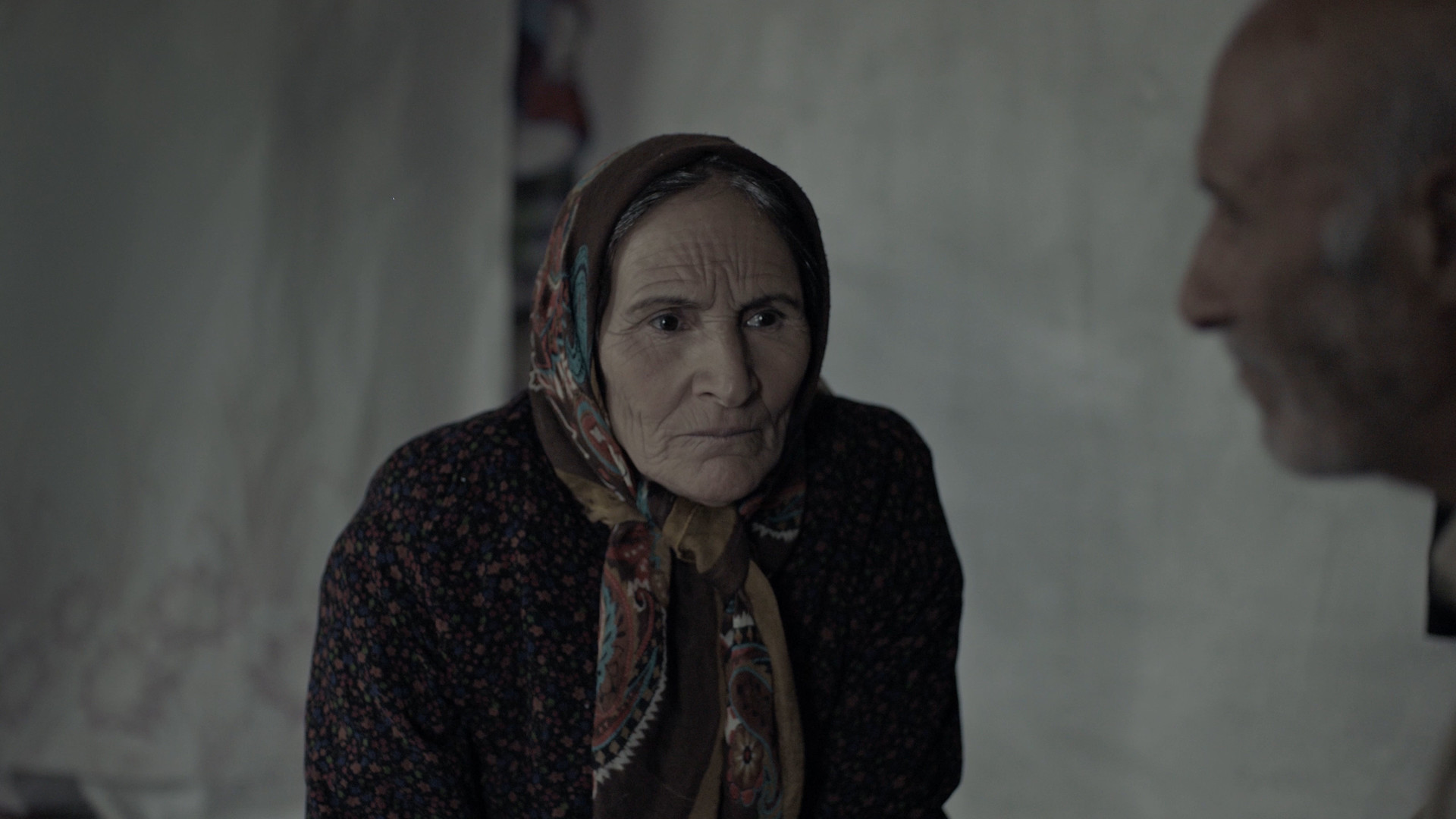 For many years an old woman has kept her sick husband until one day this habit ends. 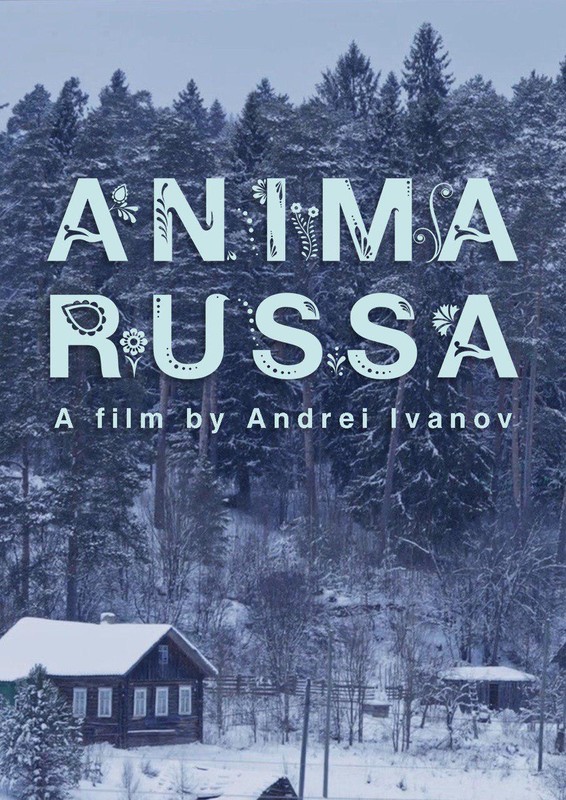 How does Russian province live? Or is it even alive? People immigrate from villages more and more. What is the future of people living there? Anyway, there's something magical in Russian village, especially in winter. 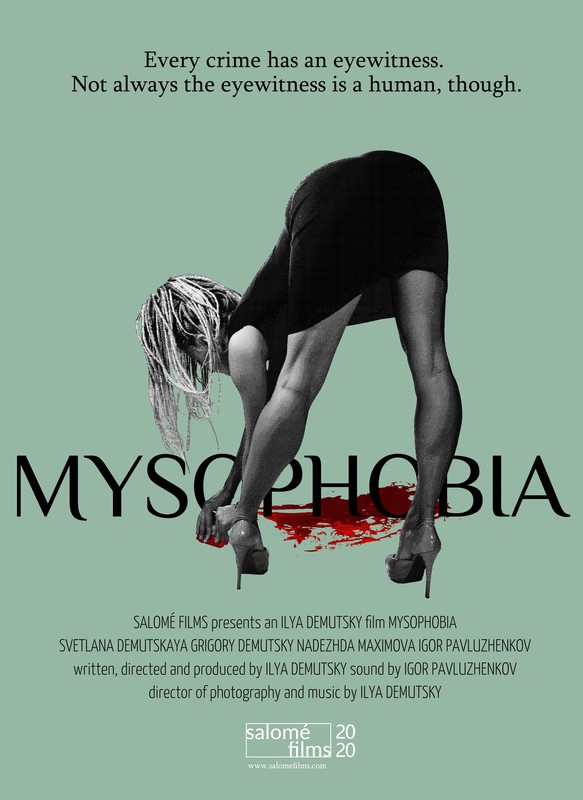 A detective investigates a crime, the only witness of which is a robot vacuum cleaner. 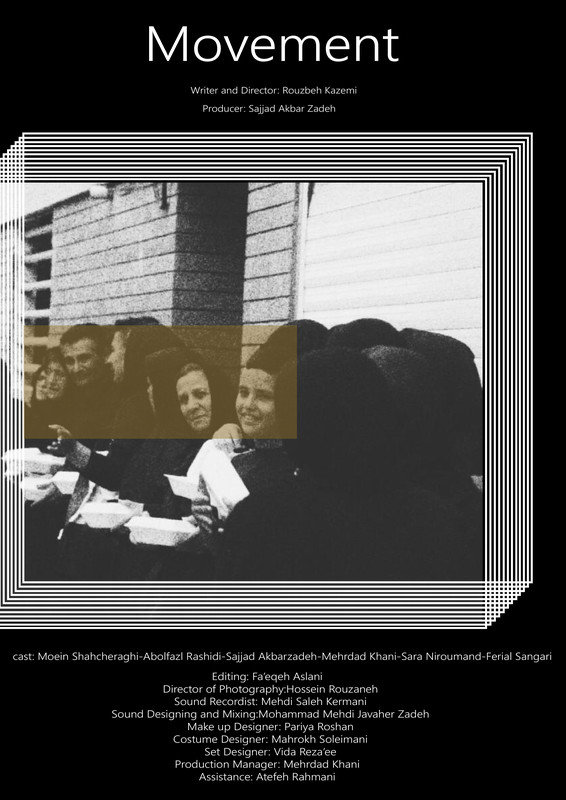 A family hold a fake funeral ceremony. Their purpose is moving some drugs. They put the drugs inside the votive food’s dishes. By this work they get away the drugs from the police’s protected area. 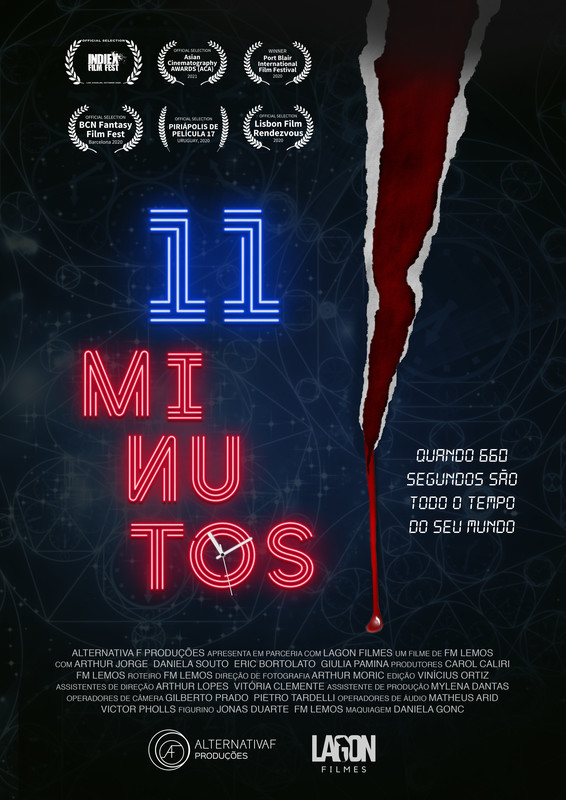 A stranger. 11 minutes. 660 seconds that could be worth a lifetime. On a night that was supposed to be a celebration in a restaurant for the couple Beta and André, everything seems to change with the arrival of an intruder. Pedro brings news and revelations that can turn Beta´s world upside down.. 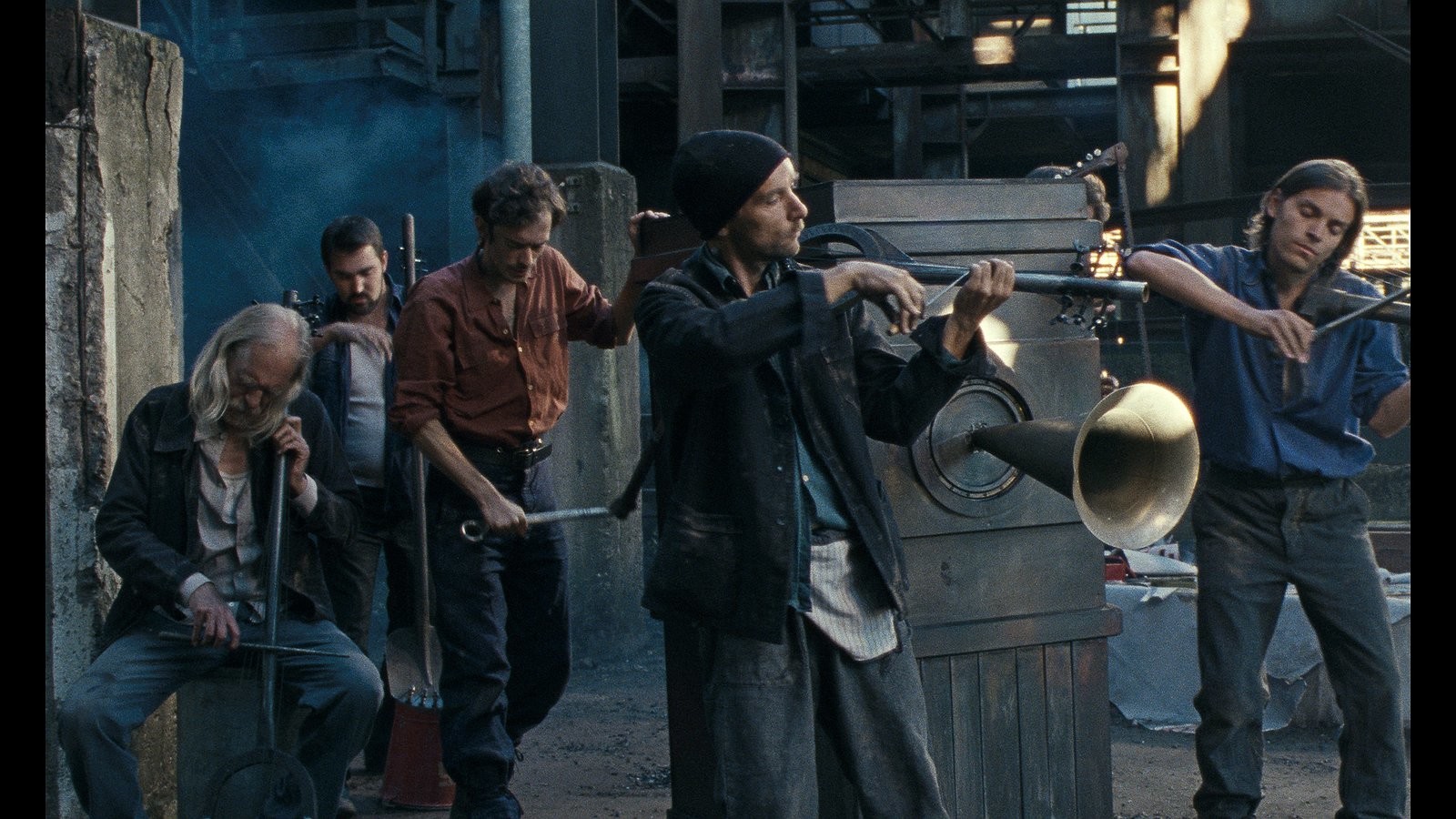 In a dezhumanized world where emotions are rationed and measured by a gauge, Pipo, a factory worker falls in love with a woman sitting on a bench. He will try anything to attract her attention and seduce her with his own « language ». 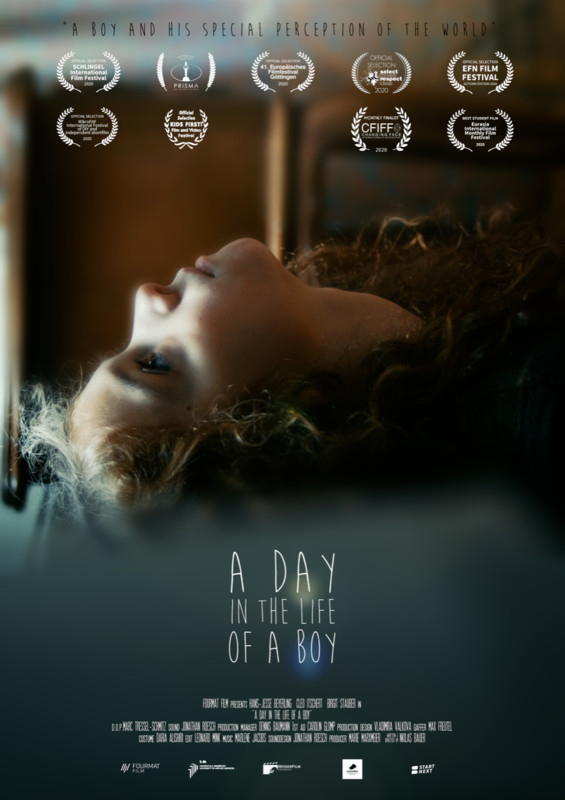 Autistic boy Daan has a unique perspective on the world. His little sister Millie struggles with his sometimes strange behaviour and the lack of attention she gets from their single mother. When Daan accidentally kills her pet bird, emotions overflow - will Millie be able to be there for her brother despite it all? 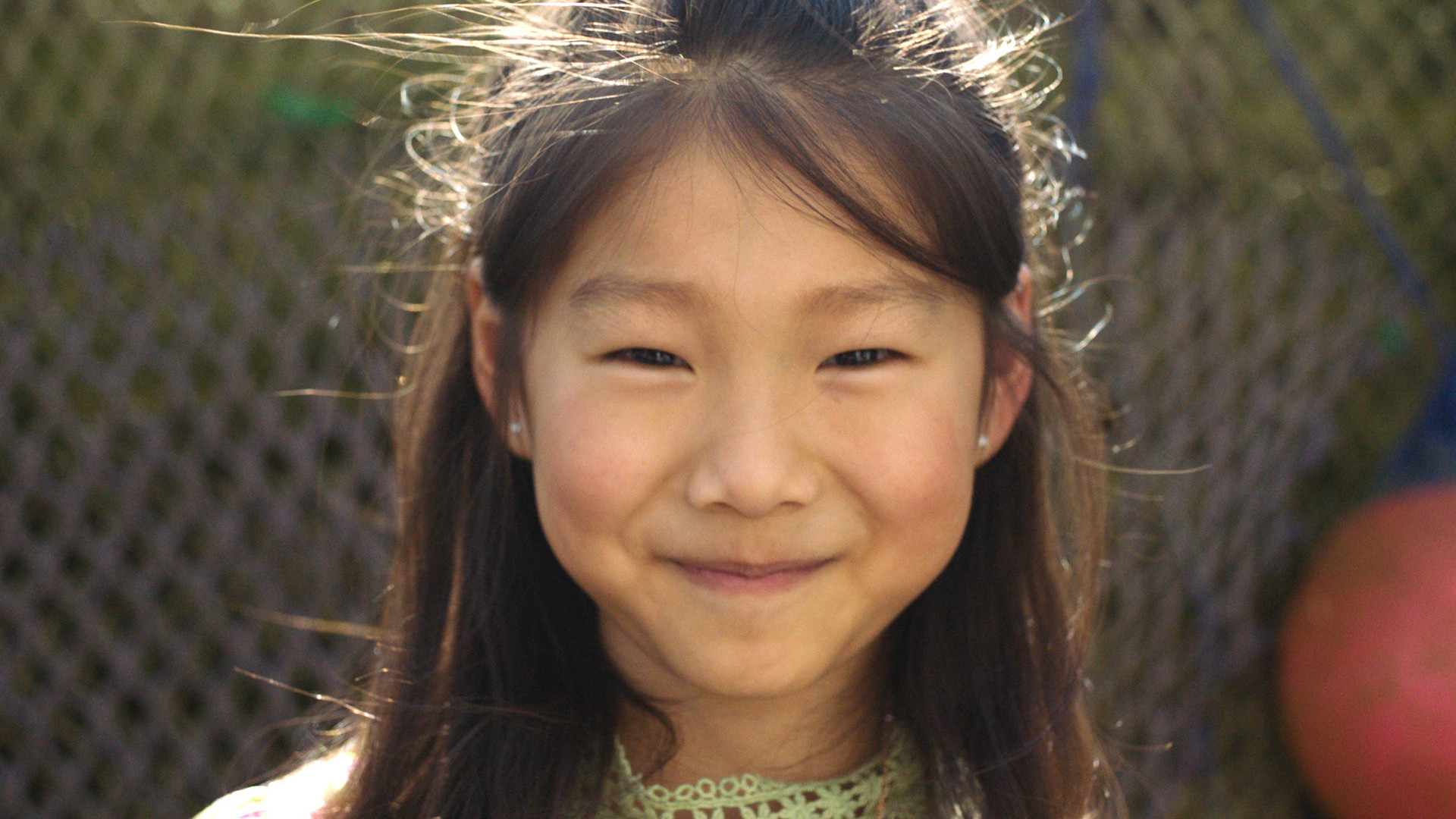 Girlsboysmix is the first documentary ever, made from the perspective of an intersex child. It relates the story of Wen Long (9). At birth it was not clear whether she was a girl or a boy. Many such children are operated on at a very young age, in order to 'make' them a boy or a girl. Wen Long did not undergo such surgery. Her parents felt their child had to decide herself what sex she wants to be. Wen Long is very happy that that she can choose. But nevertheless it is not easy. Being intersex in a binary world, Wen Long wonders: where do I belong? 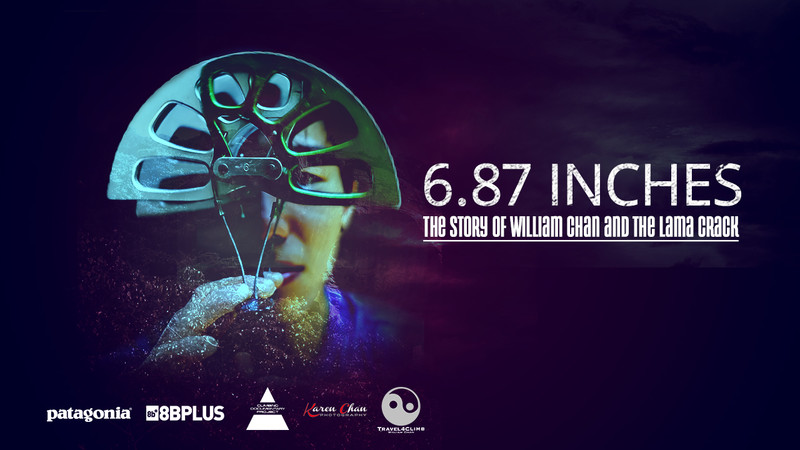 “I directed this film, 6.87 INCHES, after my friend William tell me there is a very special crack climbing route in Hong Kong call “Lama Crack”, me and William know each other for many years, I know him work so hard for earn money for travel/climb around the world. On the other hand, I watch couple of climbers climb the Lama Crack and can not finish it, I realise that this route is special and definitely not for the beginner climbers. So i have decided to shoot / record how William finish this route in between work, training and climb.” 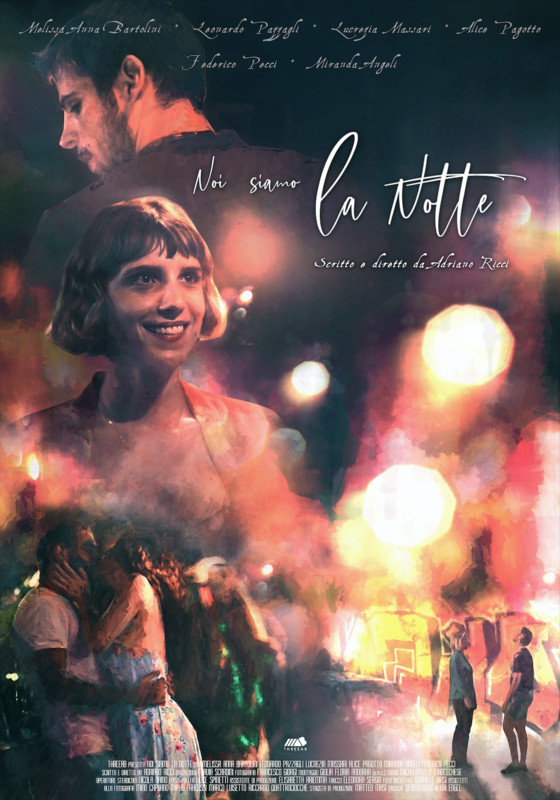 In a dark street of the capital, Leonardo walks home when his attention is caught by two girls, Alice and Lucrezia, intent on fighting. One is trying to break up with her girlfriend but the other one doesn’t want to. At the same time, Melissa is leaving a restaurant when she notices a young couple, Federico and Miranda, who continue to kiss while they enter a building. Melissa and Leonardo, both distracted, collide and fall in love at first sight. The two walk in silence, one behind the other, on the road without talking to each other even if they would like. Meanwhile, Alice manages to leave Lucrezia while the young couple is in the bedroom making love. At the end of the road, Leonardo and Melissa separate and the opportunity to get to know each other fades but, suddenly, time comes back giving everyone a second chance to make peace, to know each other and make love again. 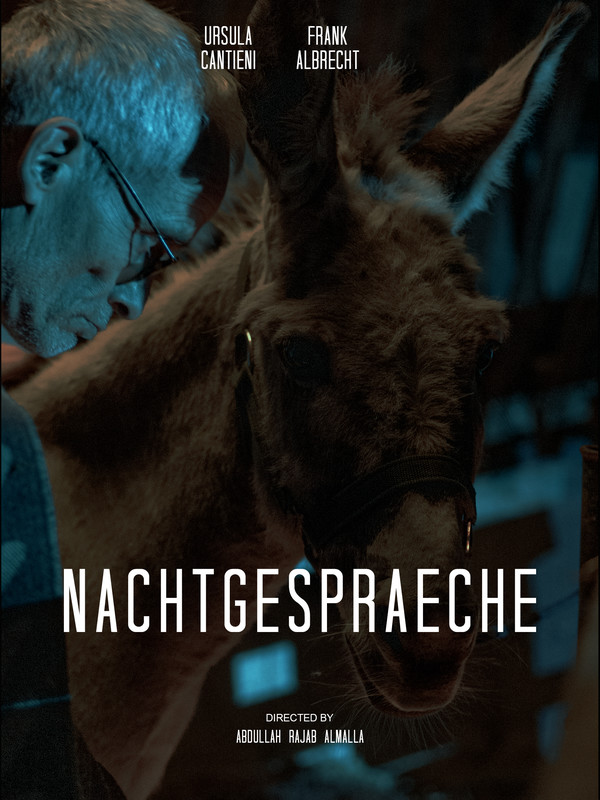 Even after forty years of happy marriage sometimes harmony is disturbed much quicker than you may think, even in times of coronavirus.
So, it is good to have friends who even listen to you in the middle of the night and help you to focus on the essentials.

Music Video for the song "REACH FOR THE STARS" by "STEMPF".
It's the year 2028. 4 convicts (Donald Trump, Wladimir Putin, Kim Jong-un and Xi Jinping) are send on a mission to Mars to place life support systems and to establish a vital link for future maned missions to Mars in return for a reduction of sentence time... 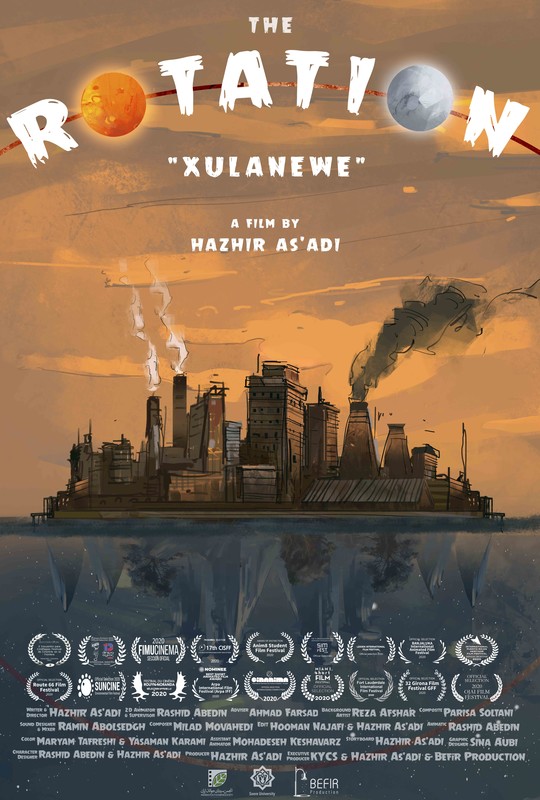 The Last Dream of Kabuki through a XII century Japanese style poetry highlights the passion, honor and death of our main subject connected to present day.
This visual poem shot in a dreamy landscape it shows us the inner struggles and demons that we can all relate to.

Frigid winter in a war-devastated, present-day city. Several years have passed since the destruction, and the city is slowly rebuilding. A thirty-year-old guy is living as a squatter in an apartment with a group of strangers. He struggles to survive and also to find a little more comfort in this rough setting. One night he nearly burns the flat down, hoping for a warmer sleep. His roommates start hating him, so the guy has to find another shelter.

Music was his passion...
Love was his masterpiece... 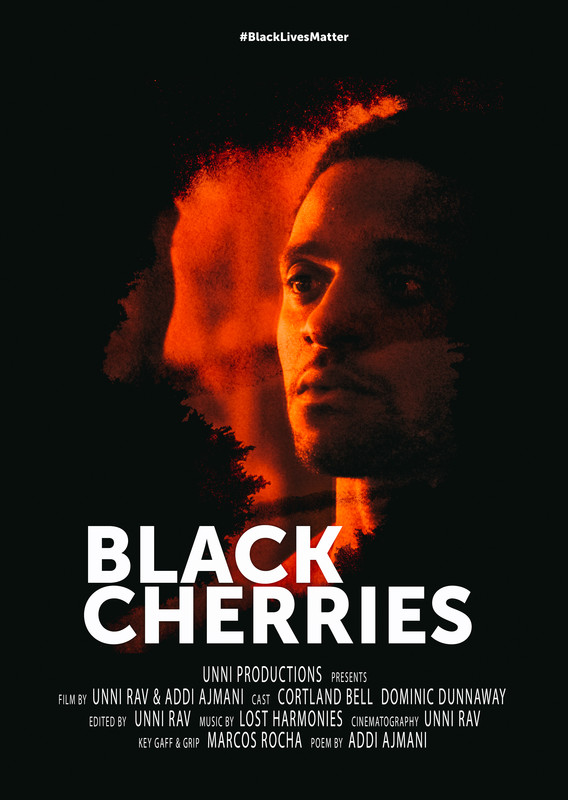 Black Lives Matter!
(Black Lives Matter is a decentralized political and social movement advocating for non-violent civil disobedience in protest against incidents of police brutality and all racially motivated violence against black people.) 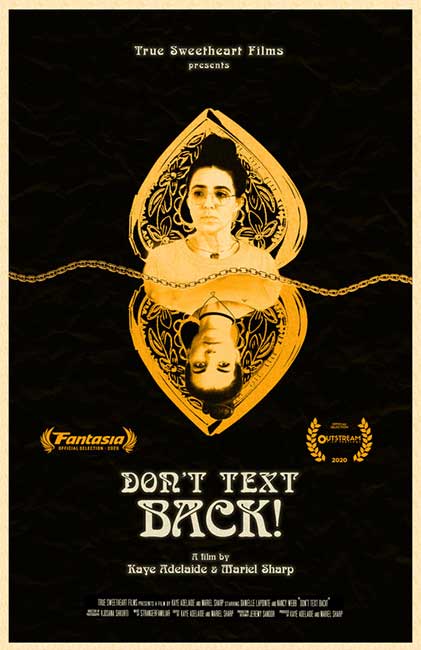 A woman seeks the help of an energy healer to rid herself of a cursed necklace that strangles her every time she doesn't text back her bad Tinder date. 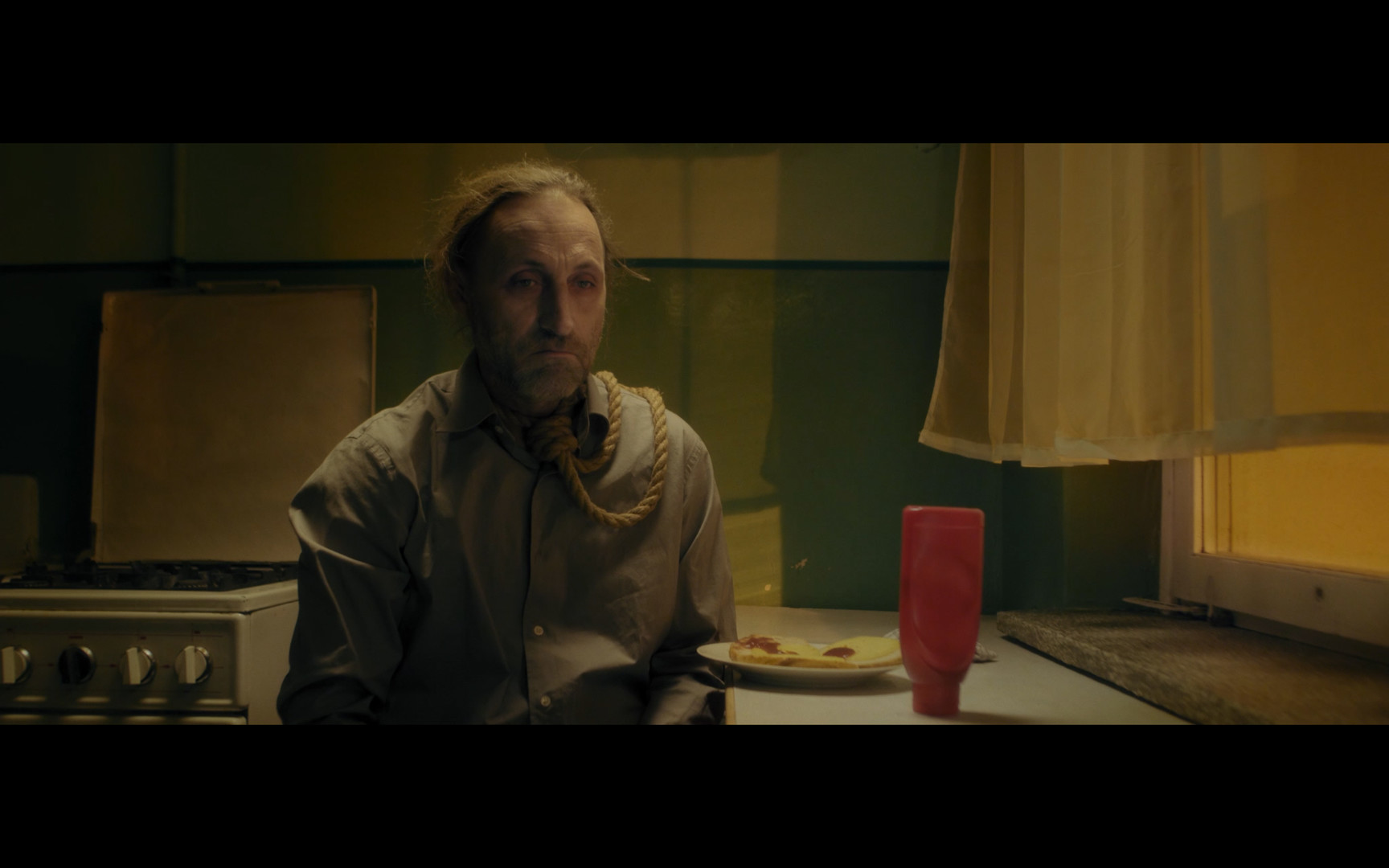 It's that day when you get out of bed with half a century on this planet behind you, and you don't want to figure out any longer what your story should be about. You place a stool in the middle of the room, take a rope, put a noose around your neck and... It turns out that sometimes trying to end yourself is just the beginning. Usually of a new misery. 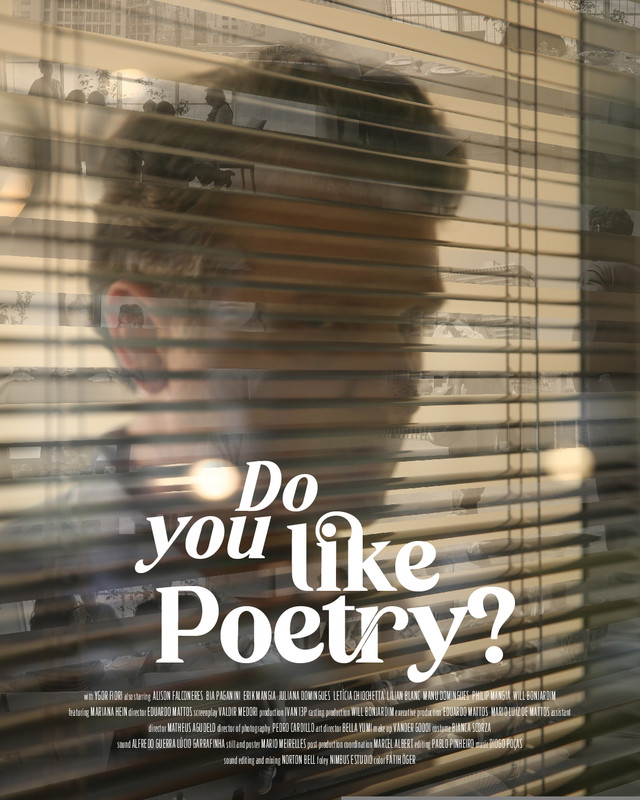 Olivia just moved to Israel from New York. Throughout her first day of school in the 6th grade she tries to survive, navigating through the new country she just landed in, her new school and new peers, unsure where she will end up at the end of the day.