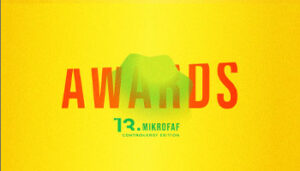 Awards of the 13th MikroFAF

After three days of diverse film programme, the 13th MikroFAF has been closed last Sunday evening with the award ceremony and screening awarded films at the Art Cinema Kolarac in Belgrade. 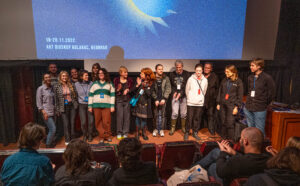 This year, the festival was held with the title Controversy Edition, being focused on the frightening local and global phenomena in 2022, as well as on the meanings attributed to the number 13. according to some beliefs, number 13 marks the end of one cycle and the beginning of a new one. Also, there is a contradiction between cultures that consider this number an unlucky one and those cultures who see it as a lucky one. The festival organisers say they hope that they broke the “curse” of the number, and they will continue the struggle against all kinds of bad luck.

There were 60 films of up to 15 minutes that were part of the competition programme. They came from Serbia, Bosnia and Herzegovina, Croatia, Slovenia, North Macedonia, Greece, Bulgaria, Turkey, Italy, Spain, Portugal, Lithuania, Venezuela, Sweden, Poland, Belarus, South Korea, Japan, Indonesia… The audience also could see 10 short films from Serbia and Bosnia and Herzegovina in a non-competitive programme entitled “The Voice of the Young People”. 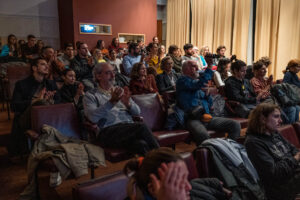 The members of this year’s festival jury were film directresses Tamara Drakulić and Mina Petrović (Serbia), and media worker and activist Zoran Ćatić (Bosnia and Herzegovina). They were deciding about the main festival awards (Mikropolis statuettes) in the main festival categories (DIY film and indie film), special award for the best controversial film and special mentions. 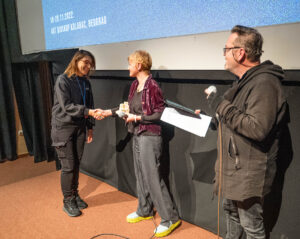 Members of the jury for the Junior category were filmmakers Aleksandar Gubaš and Jelena Novaković, and student Sergej Danilović Stančić. They awarded film Cycle by Petar Bubalo (Croatia) as the best film in the regional selection, and The Hole by Piotr Kaźmierczak (Poland) as the best one in the international selection. Short film The Borders by Lazar Bačkonja (Serbia) has won the special mention for the animation. 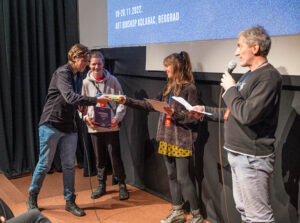 The 13th MikroFAF was organised by the Satibara Association, with the support from the Ministry of Culture and Information of the Republic of Serbia.

You can see more details and impressions at: