We are happy to invite you to watch the MikroFAF program from your home.
You can choose to watch more than 100 short films in the competiton and side program from all over the world.

We are not so happy to hold the festival online, but at least many of authors and filmlovers from all over the world will finally visit the festival. This year all of us are facing an upside-down reality on so many different levels. That is why this edition is followed by question Can You Breathe? with which we want to draw attention to the global sociopolitical unrests and turmoils that marked 2020 with their negative consequences and difficult challenges.

THE PROGRAM WILL BE AVAILABLE ONLINE FOR 3 DAYS (13-15th November) AND THE AUDIENCE WILL HAVE THE OPPORTUNITY TO WATCH WHAT AND WHEN THEY WANT.

#Short DIY Film. Refers to films of all genres (fiction, documentary, animated, experimental…), topics and production techniques, made in non-professional circumstances, without the involvement of film professionals and without professional obligations during or after the production.
#Independent Short Film. Refers to films that do not match the above mentioned DIY criteria because their making involved professionals, but were made in independent production, without commercial and producers’ pressure.
#Can You Breathe? The focus of this category is on films that reflect or re-examine the global turmoils in the first half of 2020. It is inspired by the brutal act of police racism and the consequent global anti-racist protests, and it refers to all the difficulties that humanity has faced in recent months. The world pandemic and its physical, social and mental consequences joined forces with xenophobia and racism against human and artist freedom.These circumstances can result in alienation, fear, poverty… But they can also encourage community awakening in the struggle to restore the value of human life and abolish artificial divisions.
#Junior Film. A category intended for filmmakers who were not older than 18 at the moment of creating submitted films. 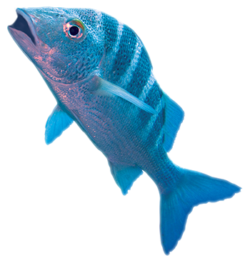 In SIDE PROGRAM, we will introduce the work of teenagers with whom members of Satibara (and MikroFAF team) had workshops during 2020:
• Greetings from da hood – activistic summer art workshops with teenagers
• Inclusive film club “My Close-up” – Seasson 2020.
• Film camp „The Voices of young Eurasia“ – Tandem Europe project (Serbia and Turkey)
• GIFme! – Project at the “Na sopstveni pogon” festival

Our “sister” festival KRAF from Kragujevac (Serbia) will complete our festival’s program with short documentary “Strange Forest” (directed by Aleksandar Ćuić; produced by NGO MillenniuM; made in 2014; duration 18’56”).
This is a confession by Vladimir Burković Frizbi, a poet, journalist and cultural promoter from Kragujevac, about the life, career, and women. The film also tells the story about a unique project “Book in the air” — a poetry book that was never written, but regardless, it has its own regional promotion already scheduled. 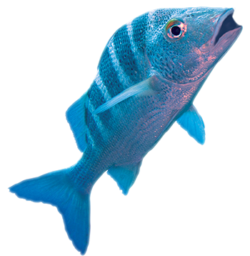 OUR BREATHING JURY FOR THIS YEAR:

Vladimir Paunović
PhD at management and production at the Faculty of Dramatic Arts in Belgrade. He was working as a journalist, PR, cultural events producer and civil society activist. Currenty he is mainly dedicated to writing books, film scripts, theatre texts, essays and science papers, as well as making documentary films. His approach is based on the TV documentaries, with some “creative elements” added (like inserted scenes with actors) only with purpose of naration, which Paunović considers crucial for his work. He likes to call his style “zen documentarism”. He directed documentary series „Šumadija blues” (on the history of pop-culture in Kragujevac, by TV Kragujevac and TV K9, 2010) and documentary films: “Congress of Oblivion” (on the so-called „Serbian liberals” in the socialist Yugoslavia, by KRAF, 2017; shown at many festivals in Serbia and region), “Human Chain” (on the fate of the workers from the “Zastava” factory during and after NATO bombing campaign, by KRAF, 2019), “The Kiss of Ella Fitzgerald” (on the popular Serbian dixie band “7 Young Ones”, Nishville Movie Summit 2019 and Dok’N’Ritam festival Belgrade, 2020) and “Red Flag” (presented at, and invited to many festivals in Serbia and region). He founded Kragujevac festival of antiwar, critical and academic film, and curated this festival for its first 10 years. He also initiated “Tori Janković” awards for decentralizing film art in Serbia.

Jelena Jovčić
Film director, anthropologist, new media artist and curator. She made her first films in her high school, using a borrowed VHS camera, as well as both VHS player and recorder for editing. Some of her first titles, known only to her closer relatives, are toy stories Where the Teddy’s Strawberries Disappeared? and Calamity Jane Protects Her Artist Boyfriend from a Swedish Horse, as well as her documentaries A Voyeuristic Look at the Neighbourhood and Il Pleut. Many years later, she will earn her first own money, buy a Digital8 camera and step into the promising world of digital technology.
After finishing documentary film workshop at the French Ateliers Varan, she made her films Lucky Draw, Day of Youth, and The Flood, which were shown and awarded at many international festivals, like Leipzig Festival, Cinema du Reel, ZagrebDox Festival, MFA Int. Film Festival Illes Balears and many other festivals and special screenings.
For many years she was curating The International Festival of Ethnological Film. As a curator and long-term collaborator of the Ethnographic Museum in Belgrade, she emphasizes the use of the new media in conservation and presentation of the non-material heritage.
In her multimedia and interdisciplinary work, she tries to connect documentaries, instalations, Web performance and an anthropological approach. She is fulfilled with her educational work as she frequently holds workshops and consultations at the other filmmakers’ projects.
She received „Borivoje Drobnjaković“ award of the Ethnographic Museum, for her anthropological work Films on Vampires as a Communication Phenomenon.

Vedran Šuvar
Born in 1980. in Zagreb, Croatia. Member of Kinoklub Zagreb from 2003. and chairman of the club from 2012 till 2018. He studied film production at the Academy of Dramatic Arts in Zagreb and he produced over 100 films since. He was also a producer of Days of Croatian Film in 2008. and curator of Short pictures, a film program in MM Centre from 2012. till 2016. He was involved in many domestic and international film festivals.

Aleksandar Gubaš
A veteran of the LOW-FI VIDEO movement, author of many short documentaries and low-budget films, and founder of the Knjigoskop (Bookscope) blog. This retired film activist left a remarkable trail in development of Serbian underground video production at the shift of millennia. In the recent years, he engaged very passionately with the literature for children and young adults. In his latest incarnation, as a YouTube influencer and house plants promoter, Gubaš runs YouTube channel Komuna Biljoskop (Plantscope Commune), as a reality show involving himself together with more than 80 different sorts of house and garden plants.

Jelena Novaković
Her name is Jelena, but almost everybody call her Lela. She was born in 2000, and she makes short films ever since her early childhood, so to date she has quite a collection of her works. The most notable among them are Three Dead Pupils (In_Trash Festival, 2013), Masterpiece (Mikro FAF, 2017), and She-Thief ( Mikro FAF, 2018) – two of the latter even won the official jury awards. She likes to take photos, play synth and guitar. She is now a Digital Arts student at the Faculty for Media and Communications in Belgrade.

11th MikroFAF is supported Ministry of Culture and Information of the Republic of Serbia. Students’ City Cultural Center from Belgrade friendly provided technical support for this festival.