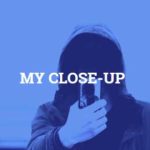 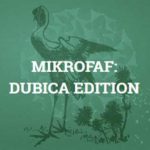 15 young people from Novi Sad and neighbouring places were learning about making short films through this two-day workshop in KC LAB, dealing with the issues of being young in Serbia today.

On the first day of workshop, participants got some researching tasks, divided into smaller groups which were analysing what it means for them to be young in Serbia, from as many points of view as possible. Participants were exchanging their experiences and pointing to the negative, positive and neutral aspects of being young person in Serbia. Also, they were learning about the film language basics, guerrilla cinema and possibilities for DIY filmmaking.

As a result of this process, participants created two synopses, which were then developed into film treatments. After that, they designed photo storyboards, based on the research of KC LAB space, and filmed their stories.
In this ways, two completely different short films were made – The Mach and Basement – and they were screened in Novi Sad and Belgrade.These screenings were followed by discussion and exchanging impressions about the films themselves, as well as the issues they deal with. Also, some youth films from Satibara archive were shown.

The next opportunity for the interested audience to see the films made at #WHEN YOU’RE YOUNG IN SERBIA workshop will be at the 9th MikroFAF festival in Belgrade.

Workshop was realized by Satibara association and KC LAB and supported by Association Independent Culture Scene of Serbia.