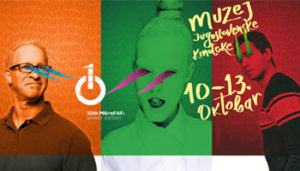 The jubilee 10th edition of MikroFAF, International festival of short DIY and independent film, will take place from 10th to 13th of October 2019, in the Museum of Yugoslav Film Archive (Kosovska 11, Belgrade).

From Thursday to Sunday, over 80 films and videos will be presented in various programs. Besides Balkan region and Europe, there will be films made by authors from Iran, Korea, Sri Lanka, Uzbekistan, South Africa, India, USA…

As this is the tenth edition of the MikroFAF Festival, we consider the word POWER added to its title to be more than deserved. For, our POWER is in the fact that we have persevered in our intention to promote independent creativity, creativity in limited conditions, young authors, and current film and social phenomena. We have accumulated this strength and power over the years thanks to valuable authors, guests, friends and loyal audience.

This year, during the Festival, the audience will have the opportunity to attend the side programs: 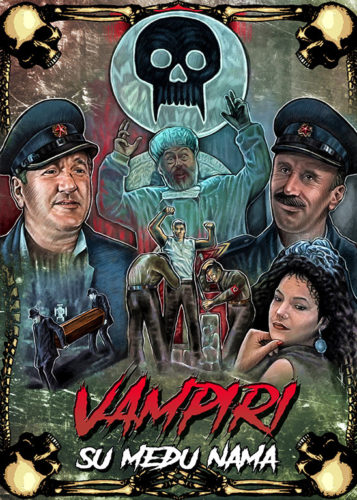 For more than two years Stevan works on a project of film poster revival and, like his role models, great illustrators Drew Struzano, John Alvin, Bob Peak, richard Amesel and Paul Shipper, aspires to present unforgettable acting legends through creating posters for famous ex Yu movies. This project is an homage to ex Yougoslav cinematography and the film golden era and comes from Stevan’s deepest respect for the great ones.

Stevan Aleksić (1981, Belgrade) graduated in film and theater design from the Faculty of Applied Arts, University of Belgrade in 2005. From 2006 to 2018 he taught at the Faculty of Arts and Design, and from 2018 he is an associate professor at the Faculty of Contemporary Arts. In addition to scenery, Stevan creates visual concepts for films, illustrates movie posters, draws and paints. He has a large number of solo exhibitions (UK Parobrod, Štab, Museum of Yugoslav Film Archive, Polet …)

Stevan worked on a number of film projects. He is also engaged in the creation of short film forms for festivals in the former Yugoslavia, from idea through directing, camera, editing and sound editing. He is one of the members of the organizing team of the Serbian Fantastic Film Festival. He is the creator of the festival’s visual identity as well as the festival’s awards itself – KOSKAR aka OSKULL. 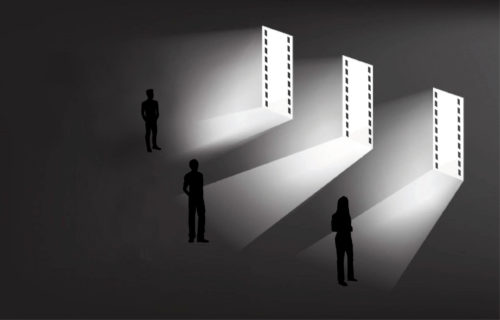 In films, how one passes over, leaves, goes here and there and at the same time from thorns to stars? From low-fi to high five, from low budget to “enough for snacks for the crew”, from amateur to mainstream, from micro to macro, from modest to pumped up and back. Is there any difference or it doesn’t matter? When we are reserved and when we are unrestrained? What draws the best and the worst from us?

Tamara Drakulić
Got her master degree on Etnology and Anthropology at the Faculty of Phylosophy in Belgrade. She also graduated film directing from the Academy of Arts in Belgrade under the mentorship of professors Miša Radivojević and Milutin Petrović. She made three movies: Swing (2012), Ocean (2014) and Wind (2016), and the forth – To love’s glory – is on its way.

Miloš Tomić
A stubborn filmmaker and author in various fields of art. Studied film directing and animation in Belgrade, Prague, Berlin, Madrid. For many years and with unshakeble enthusiasm runs creative workshops for children and young people.

Marko Backović
Graduated in Film and TV production from the Faculty of dramatic arts in 2015. He worked on 11 short films as screenwriter and director. He was screenwriter for series Sinđelići and Emergency center 2, for movies Mamula (2014, second prize at the screenwriting festival in Vrnjačka Banja) and the blockbuster Taxi Blues (2019).

The Satibara team is selforganized and works creatively for several decades. Up till now, it produced dozens of short and long films, from low-fi, guerila and activist movie, to a complete experiment.

A choice of several Satibara video works will be presented in the Festival program, in order to celebrate 10 years of the Association’s formal establishing. 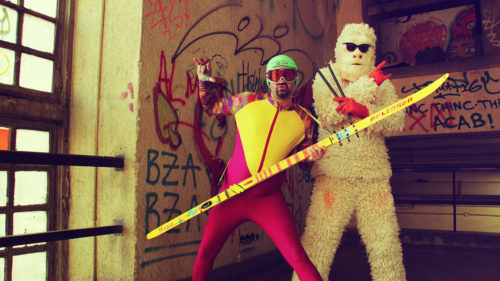 Two costumed virtuosos will drive you in a tensed supergiantslalom through funk, drum and bass, low rock, electro… Yeti’s mini set of electro-acustic drums will do for unparalleled groove, while Skier uses with imagination his own handmade inventions – Baskija and Skimburica.

Films, clips, videos and vines created during educational Satibara programs in 2019 will be presented to the audience, as well as short documentaries by our guests from Novi Sad.

Mikropolis rewards will be assigned for following categories:

A literary blog Knjigoskop’s reward will be assigned to the best Junior film and the Visual anthropology Center (VAC) will add to the reward fund a free participation voucher for Igor Čoko’s foto workshop.

After the ceremony, we will watch the rewarded works as well as films by two jury members: Between dream and wake (Serbia, 2019) by Jelena Novaković, and Slaughter (Iran, 2019) by Saman Hosseinpuor.

Saman Hosseinpuor
A director and screenwriter from Iran.  He has directed and written seven short films that have been listed in over 500 international selections and have won over 40 awards. His film The Last Embrace screened at the 9th MikroFAF Festival 2018.
http://samanhp.ir/

Jelena Novaković
Jelena is 19 years old and graduated from Svetozar Marković High School in Novi Sad. She has been involved with her films at the MikroFAF Festival since her primary school days, and for two years in a row has been the recipient of the Best Home-Made Film Award (2017 and 2018).

Aleksandar Gubaš
One of the founders and veterans of the Low-fi video movement, author of numerous documentaries and low-budget films, founder of blog Knjigoskop for literature for children and young people. His first SF novel for teens Gaiba was published this year.

The festival is organized by Satibara Association from Belgrade, with support from The Ministry of Culture and Information of the Republic of Serbia.